I’m a passionate foodie, mother of two children who loves trying out new recipes. Which is how I ended up becoming mainly plant-based since August 2017.

I attended a plant-powered cooking workshop to extend my cooking repertoire to include vegan meals.  After meeting some fascinating people and reading the China Study 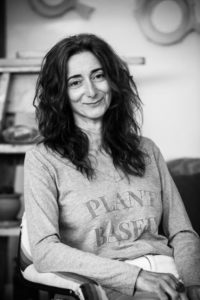 I started cutting out meat and then eventually diary from my diet.   I’m the sole head chef for the family meals so I would prepare separate meals with meat protein and then one for me with plant protein.

I spent a lot of time searching vegan recipes, trialling them with some being successes others not. I’ve had other friends say they’d like to try more of a plant-based diet but find it time consuming to plan vegan recipes as well as keeping other dietary needs fulfilled for the family.

Which is how Plant Vibe came to fruition, I wanted to take the difficult stuff out of incorporating more plants in peoples meals by sending tried and tested recipes that will satisfy not only vegans but also those who eat meat.  Initially my kids would have meat with the plant-based meals I served but fast forward to today and I now cook plant-based meals at home 95% of the time for everyone.  They are my best testers, if they both give it a thumbs up then you know it’s a winner!

For me becoming plant-based has reduced bloated stomach symptoms,  sugar cravings (this coming from someone who ate ice cream every night after dinner and is now happy with a cup of peppermint tea and some dark chocolate) and  a feeling that when you eat you are filling your body with nutrient rich food. There’s also the feel good factor of not eating animals and helping the environment.

I’m a lover of outdoors and keeping active running, biking, paddling, swimming or whatever option looks good at the time I go out to play.  Since eating plant-based I feel more energised and stronger with less muscle injuries.

My hope is Plant Vibe makes it easier for you to eat more plant-based meals.